San Diego, California, December 11, 2013 – While conventional math games can bore kids by drilling “math facts” over and over, Kira Counting Game relies on new discoveries in brain science to teach kids patterns and number sense. Neuroscience studies show that children and adults learn best by seeing patterns. For example, most of us don’t actually read the word “STOP” when we see a stop sign; we step on the brake because we’ve already detected that a red hexagon means “stop.” Likewise, children can learn addition, subtraction, multiplication and division by detecting reliable patterns. 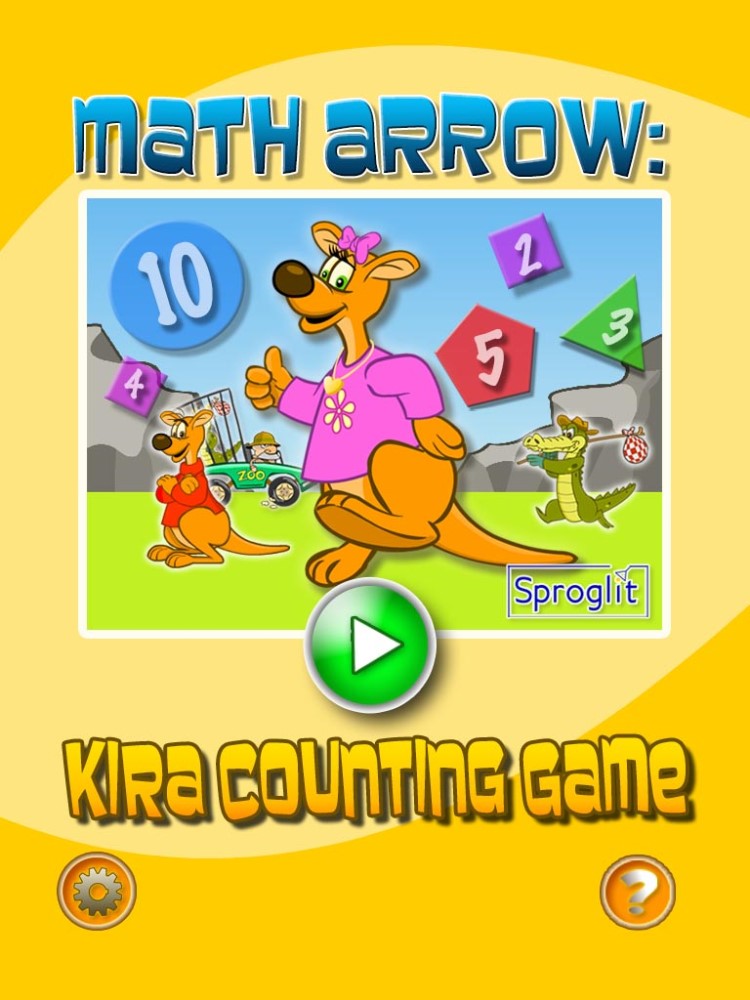 Sproglit LLC, which is launching the Kira Counting Game today, has the exclusive right to use the Math Arrow, a proprietary matrix of numbers developed by former White House adviser Todd Buchholz, who won Harvard’s annual teaching prize in economics and served as a Fellow at Cambridge University.

The Math Arrow lines up numbers 0-100 in a unique pattern that dramatically increases the ability of children to see numerical connections. Starting today, parents and teachers of kids can download Kira Counting Game onto iPads at the AppStore. The game is aimed at helping kids from pre-K to fourth grade learn to subtract and count backwards by 2s, 5s, 10s, and by more challenging combinations.

In the Kira Counting Game, Kira and Kyle the Kangaroo face three different levels of difficulty and three background environments from Australia (“Hop-Through Valley,” “Tricky Swamp,” “Puzzling City”) along with a fun bonus activity, in which players hurl boomerangs to collect coins. Sproglit expects significant international exposure for the game. Players may choose to set the App for narration in English, Spanish, French, and Russian.

Buchholz, CEO of Sproglit, says that he was inspired to devise the patented map of numbers by architectural landmarks. “I was in Paris, staring at the crossbeams of the Eiffel Tower, and then in New York and Chicago, looking at the Citicorp tower and the Hancock building. They each have evenly spaced support structures. I wondered, Why can’t we create a support structure for children learning arithmetic?” said Buchholz.

A number of schools in San Diego, New York and Utah have been using Kyle Counts, the first game based on the Math Arrow matrix. Among its early fans include Marty Cooper, inventor of the cellular phone, who calls the Math Arrow “ingenious,” and David Noah, managing director of Success Academy charter schools, who stated “There’s nothing else like it. It’s the next generation of the 100’s table.”

Mary Tucker, a fourth grade public school teacher in San Diego, calls Kyle Counts “an excellent tool. The colorful game board effortlessly facilitates an understanding of prime & composite numbers, factors and multiples, as well as operations. Another huge plus — this game is very fun, with a crocodile chase, rewards and storyline built in. In fact, when I tested the game with my own kindergartener son, he couldn’t wait to play it again.”

Kira Counting Game is the second in a series of games Sproglit is releasing in 2013-2014 using the Math Arrow matrix. Preliminary tests from schools in Utah show that playing Kyle Counts, the first game in the series, for just ten minutes a day can raise a child’s score on addition and number sense tests. Sproglit is building a complete pre-K to grade 6 math curriculum based on the invention. The Math Arrow has recently been featured by the Mathematical Association of America, the Economist magazine and the Guardian.